Credit where credit is due...

It's not often you meet an inspirational figure but, when you do they come in all sorts of guises! My first was a friends Father, Horace Jones, he was an estate agent who taught me a lot about life and the art of selling but more importantly to listen to my "inner ear" and if alarm bells rang, act upon my instinct as those alarms ring for a reason! He also taught me to appreciate others in a roundabout way and to pay them a compliment if I can... 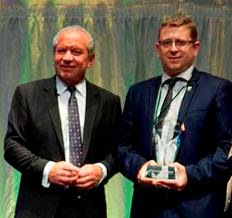 This post is a compliment to a work colleague who has not changed my life unduly, but, I have been proud to help him change many lives, day after day!

Chris is a teacher in a secondary school who has consistently, over the last ten(?) years that I have known him produce some outstanding lessons, outstanding results and some very big surprises on the way.
His name is Chris Wust and he teaches Business studies at the Kings CE School Wolverhampton.

Chris trained at our school and once qualified he was taken on as a full time teacher. (Someone must have spotted something!) He has the most amazing but mixed up memory based around links he can make to football and his passion for a certain northern football club, a sharp wit, consisting of a daily barrage of crap jokes, one liners and "double entendres" and an incredible drive and passion for his subject and life in general. The jokes he doles out mercilessly to staff and students alike and the students...well, I think Chris likes to think they like the jokes. In truth he is a teacher that is really well liked by his pupils witnessed every end of year when students leave to go to pastures new.

So, why has Chris Wust made an impression on me?
Because he has taken students from many differing backgrounds through various competitions around the country and not only won the local heats but... the national ones too! He has done this year in and year out and as a mark of recognition his high spot was when Chris was recognised as the

"Most Enterprising Teacher of the Year" and presented a glass trophy by no less a person than Lord Sugar in 2013.

Never one to stand still, Chris Wust has carried on winning similar competitions ever since, tutoring his students in the way he does so well and as always, giving them the chance and direction to succeed!

If your interested you can read/see more here: www.chriswust.co.uk
Posted by Moriarty the Mundane at 8:29 AM No comments: